Highly awarded piece from my Cybercom days (now In the Company of Huskies).

While the campaign's different iterations evolved over a three-year span, some core principles and activations remained constant. Mainly the use of emerging social media networks (Bebo, Facebook and YouTube...) for reach and engagement, and the use of interactive video to leverage Paul O'Connell's profile to deliver engagement and talkability.

Key to the campaign was a personalised training programme, delivered by P.O'C which consumers could sign up for. This included motivational text messages and voicemails from the man himself, tailored to their objective and key obstacles. Consumers could also send personalised video messages to their mates, in which Paul invited them to join the programme.
Role: Concept, UX, Design, Video direction, Studio lead, Flash 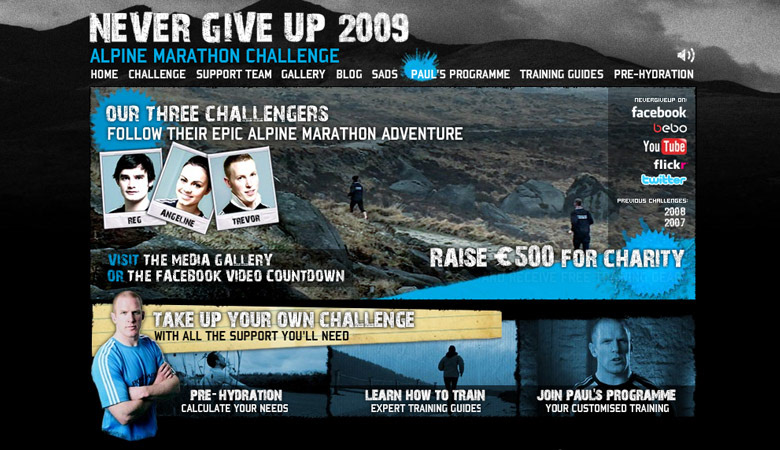 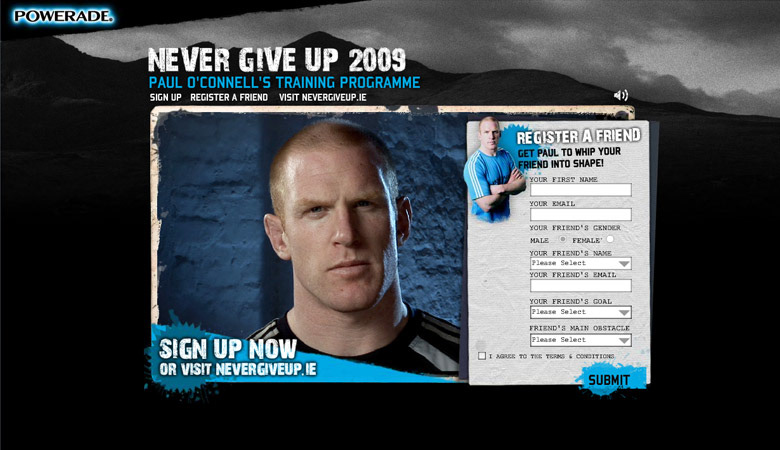 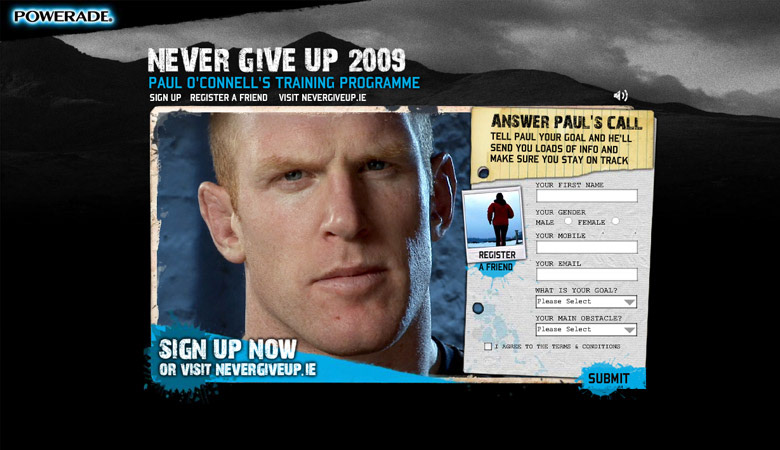 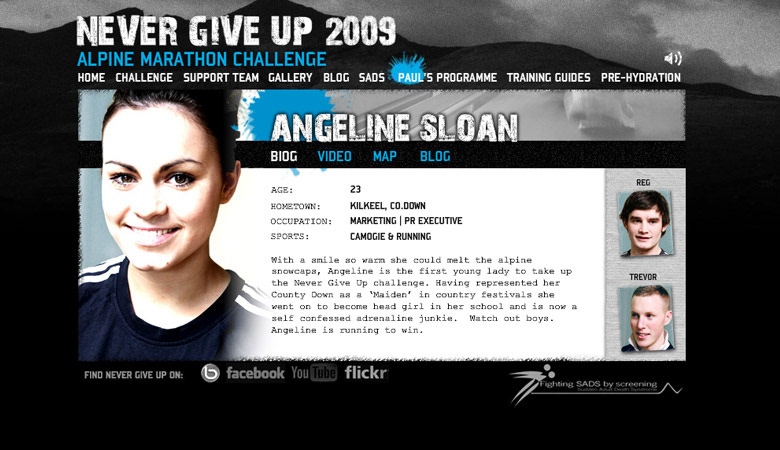 The Heart of the Matter
Squaredot

It's In Our Blood
Sullivan's