An old piece from my Cybercom days (now In the Company of Huskies).

This award-winning campaign sent three adventurous 20 somethings on a world trip, documented their journey and gave the opportunity to some of their most engaged followers to join them for a leg of the journey.

This featured content on social networks (emerging at the time), blog posts and live updates.
It also included three interactive video games which followers played for a chance to join the adventures. The games were Pack the Yack (think bucking bronco), Safari Snap and an interactive quizz MCd by none other than Bushmill's Master Distiller.
Role: Concept, Art Direction, Gaming, UX, Flash 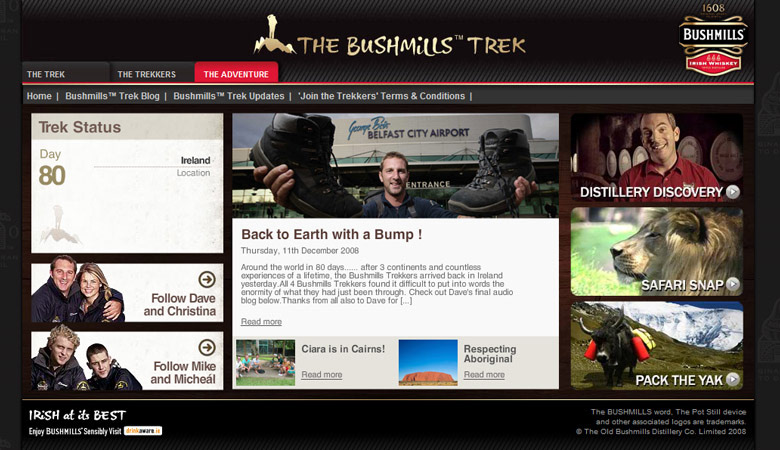 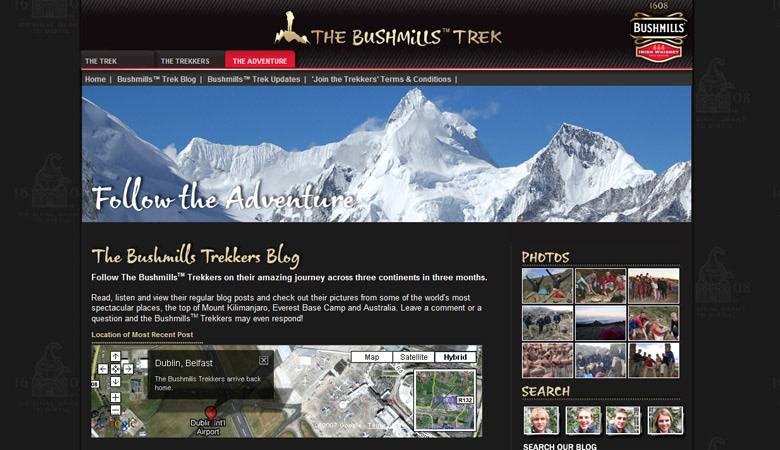 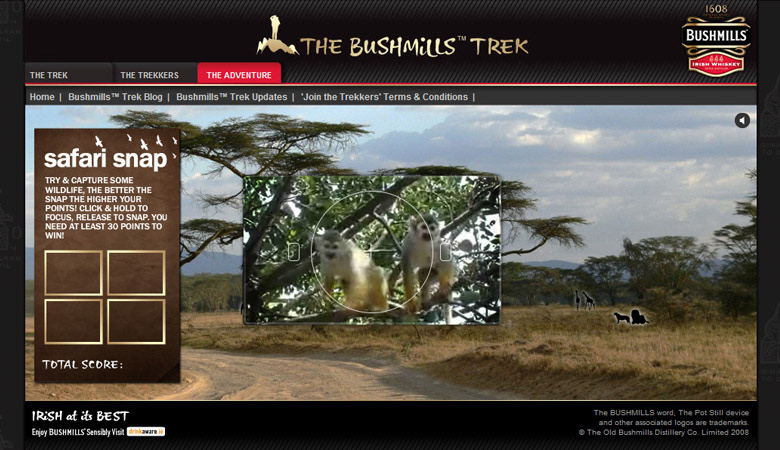 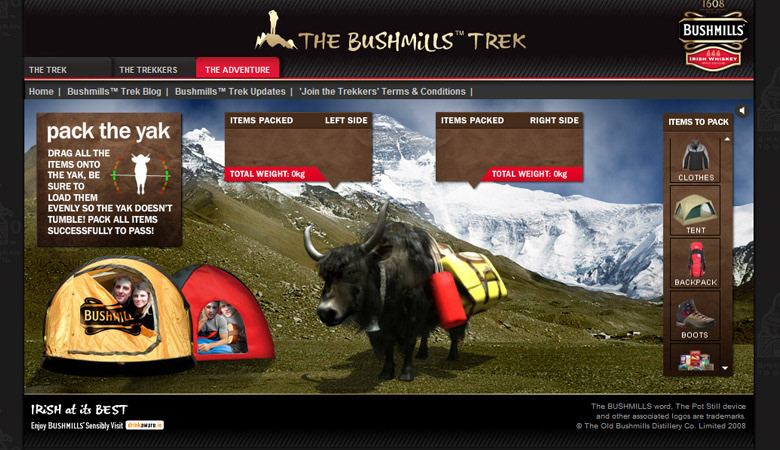 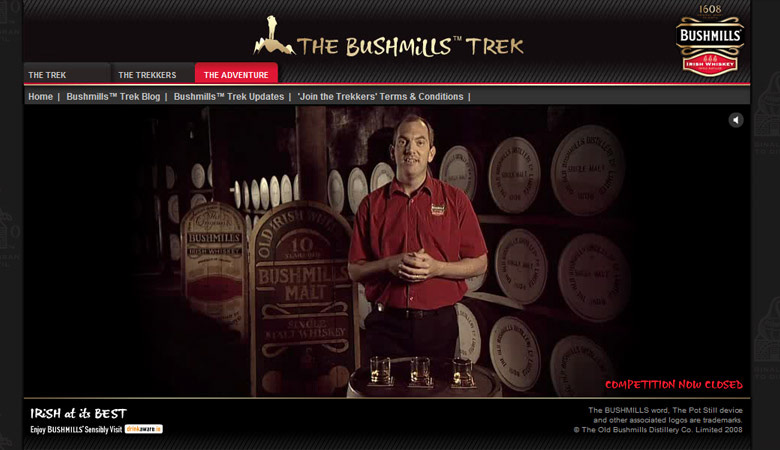 Home and Away
ID

It's In Our Blood
Sullivan's