With mobile use and apps on the rise, the core of the strategy was to get in peoples' pocket and play a part in their evening out. The first year consisted of a AR-driven competitions (eg trips to the Big Apple), accessible only by scanning a bottle. There was also an events guide and social-media driven planner.

The second year, we refreshed the app and delivered frequent targeted, timed micro-missions to consumers, such as being given a certain amount of time to take a selfie with a pint bottle to win tickets to Bulmers Forbidden Fruit music festival.
Role: Concept, Creative Direction, Art Direction, Tech scoping, CX and UX
Havas Dublin: ATL concept and development 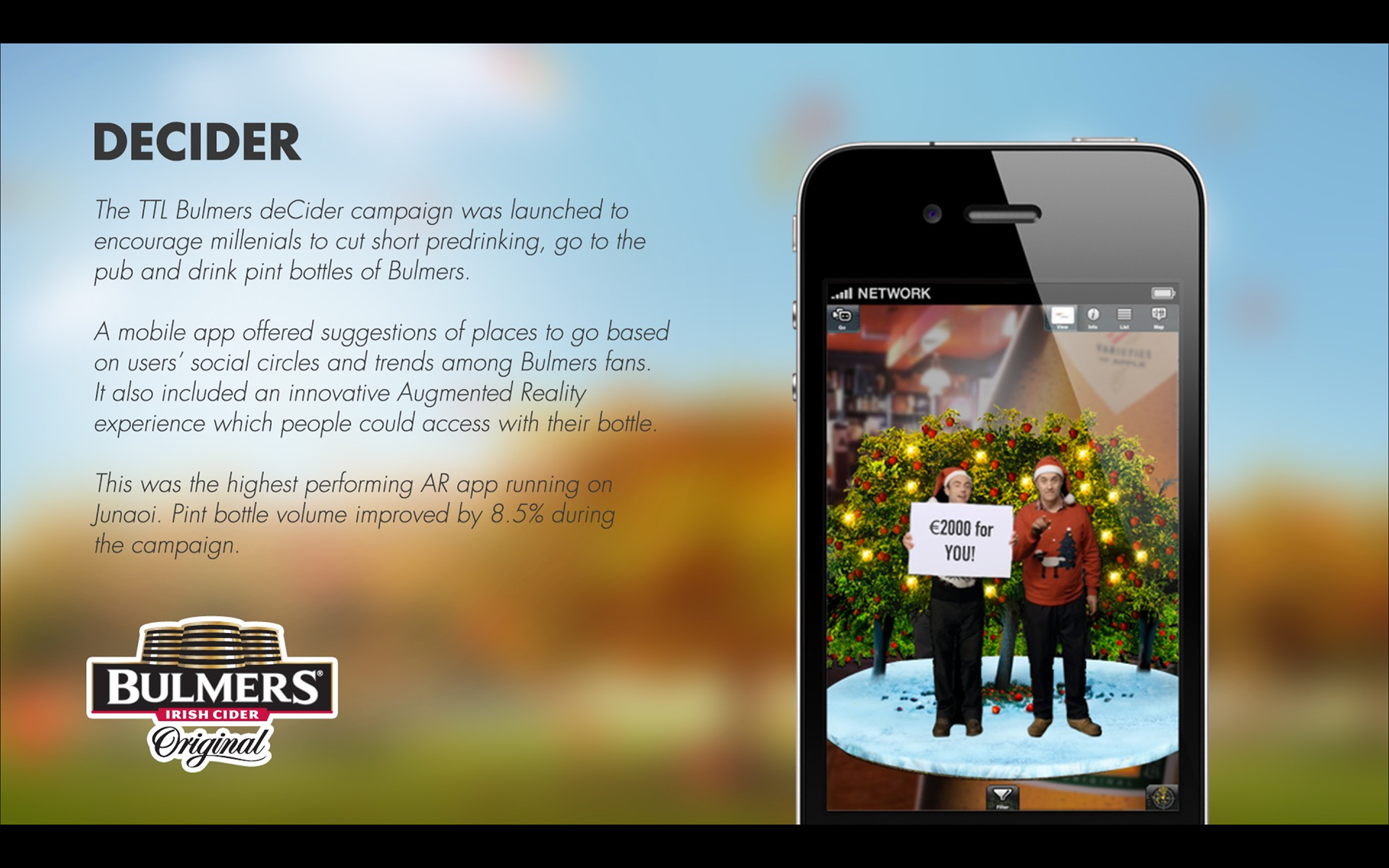 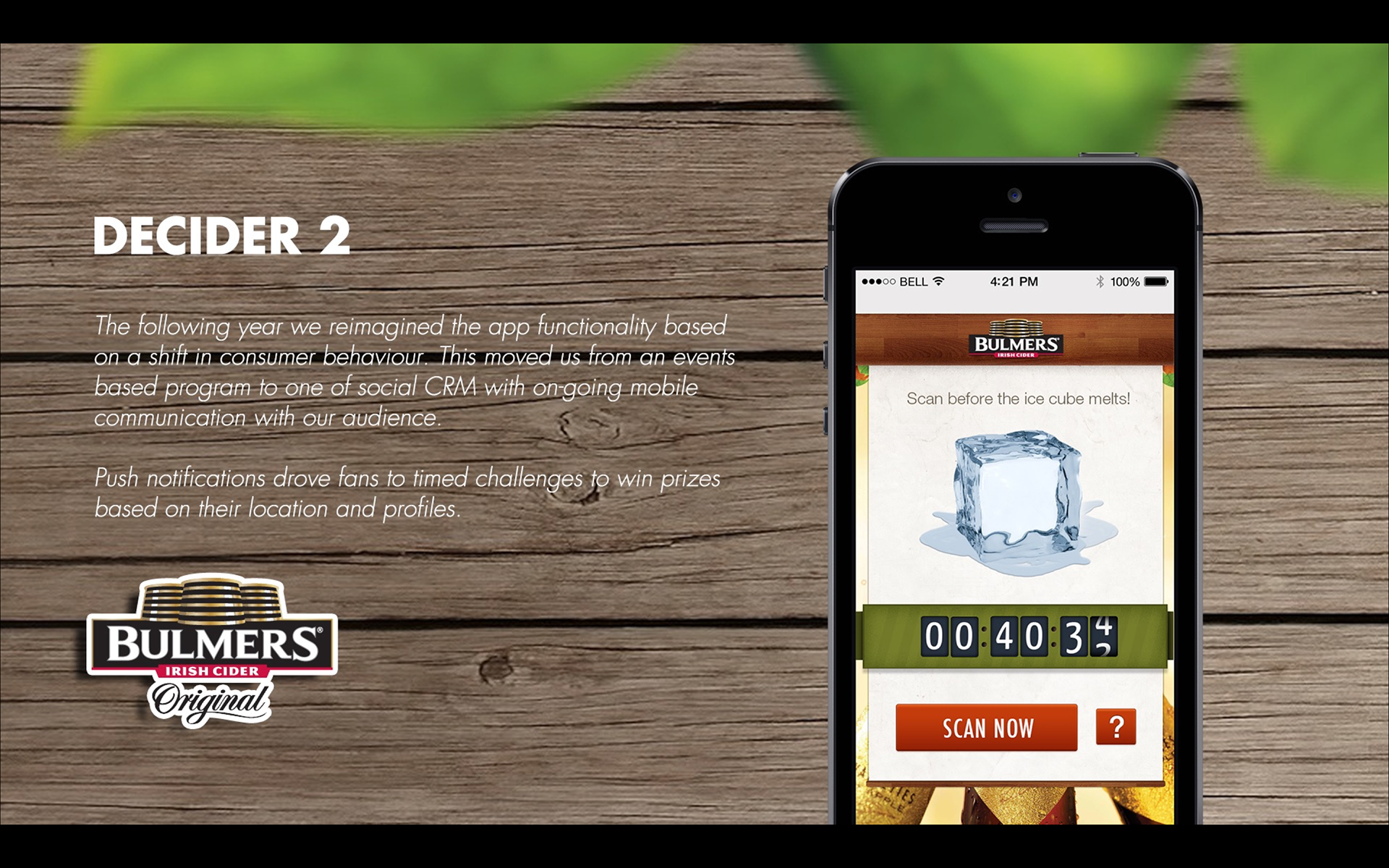 More Data than U Can Handle
iD

Swiping Out Sex Trafficking
The Immigrant Council of Ireland

The Heart of the Matter
Squaredot

Never Give Up
Powerade

It's In Our Blood
Sullivan's
↑Back to Top